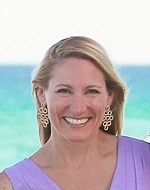 Other Scholars in Department of History

I am Associate Professor of History at the University of North Carolina at Charlotte and author of Rape in the Republic, 1609-1725: Formulating Dutch Identity (Brill, 2013), which reveals the significance of sex and gender in the construction of Dutch identity during the Dutch Revolt and Golden Age. I have recently co-edited Women and Gender in the Early Modern Low Countries (with Sarah Moran) (Brill, April 2019). The latter won funding to make it available in Open Access in addition to print (https://brill-com.librarylink.uncc.edu/view/title/11207?lang=en). I am a contributor to NEWW: “New approaches to European Women’s Writing,” a fully searchable database for women authors, led by Suzanne van Dijk and funded by the Huygens Institute, and the chair of the nominations committee for the Society for the Study of Early Modern Women and Gender. My languages include modern and early modern Dutch, German, French, and Latin. My next book-length project examines domestic advice literature from Germany, the Low Countries, England, and France, focusing on how readers translated and shared ideas about parents’ household duties, especially the domestic religious instruction of their children.