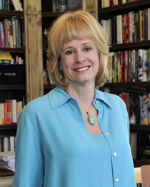 Other Scholars in Department of Anthropology

Dr. Reichs earned her M.A. and Ph.D. degrees from Northwestern University. She specializes in the subfields of bioarchaeology and forensic anthropology, and is one of only 119 forensic anthropologists ever certified by the American Board of Forensic Anthropology. Dr. Reichs served on the Board of Directors and as Vice President of both the American Academy of Forensic Sciences and the American Board of Forensic Anthropology, and as a member of the National Police Services Advisory Council in Canada. She is a Professor (on leave) in the Department of Anthropology at the University of North Carolina-Charlotte. For years Dr. Reichs consulted to the Office of the Chief Medical Examiner in North Carolina and to the Laboratoire de Sciences Judiciaires et de Médecine Légale for the province of Québec. She travelled to Africa to testify at the UN Tribunal on Genocide in Rwanda, and helped exhume a mass grave in Guatemala. As part of her work at the Defense POW/MIA Accounting Agency (DPAA, formerly CILHI) she aided in the identification of war dead from World War II, Korea, and Southeast Asia. As a member of a Disaster Mortuary Operational Response Team (DMORT), she assisted in the recovery of remains at the World Trade Center following the 9/11 terrorist attacks. For a period she went to Quantico annually to help teach FBI agents how to detect and recover human remains. In addition to publishing textbooks and academic articles, Dr. Reichs has brought her work experience to a series of forensic thrillers. Kathy’s first novel Déjà Dead catapulted her to fame when it became a New York Times bestseller and won the 1997 Ellis Award for Best First Novel. Her other Temperance Brennan books include Death du Jour, Deadly Décisions, Fatal Voyage, Grave Secrets, Bare Bones, Monday Mourning, Cross Bones, Break No Bones, Bones to Ashes, Devil Bones, 206 Bones, Spider Bones, Flash and Bones, Bones Are Forever, Bones of the Lost, Bones Never Lie, Speaking in Bones and the Temperance Brennan short story collection, The Bone Collection. In addition, Kathy co-authored the Virals young adult series with her son, Brendan Reichs. The best-selling titles are: Virals, Seizure, Code, Exposure, Terminal, and the novella collection Trace Evidence. The series follows the adventures of Temperance Brennan’s great niece, Tory Brennan. Kathy was also a writer and producer on the Fox TV series, Bones, which is based on her work and her novels. On air for twelve seasons, Bones is the longest running scripted drama in the history of the Fox network.