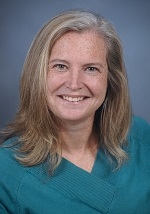 Lisa Slattery Walker (formerly Rashotte) received her Ph.D. in Sociology from the University of Arizona in 1998. She joined the UNC Charlotte faculty as Assistant Professor of Sociology in 1998, and was promoted to Professor in 2010. In 2017 she was named Associate Dean for Advising and Graduation of the Office of Undergraduate Education.

Her research focuses on small group interaction, nonverbal behaviors, identity, emotions, gender, and expectations. Her work has appeared in Social Psychology Quarterly, Social Science Research, Social Forces, Sex Roles and numerous other journals. She has been PI or Co-PI on five NSF-funded projects at UNC Charlotte. Recently, she has conducted projects on altering the status meaning of gender and, with Murray Webster, on how characteristics come to have status value.