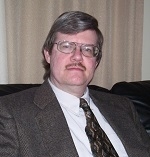 Other Scholars in Department of Physics and Optical Science

Dr. Donald J. Jacobs (Don) is a Professor of Physics at the University of North Carolina at Charlotte. His expertise is in statistical and computational physics (B.S. 1985, Union College; Ph.D.1992, Purdue University). With more than 100 papers and 4 patents on the subject, and more than 4000 citations, Don has been developing novel models for protein flexibility and stability since 1997. As an Assistant Research Professor at Michigan State University, he applied the concept of network rigidity to proteins, and developed the FIRST software to determine the Floppy and Rigid Substructure Topography within protein structure. As an Assistant Professor at California State University at Northridge, he developed a novel Distance Constraint Model (DCM) that regards network rigidity as a mechanical interaction governing the nonadditivity of conformational entropy. In 2004, the DCM was employed to obtain Quantitative Stability/Flexibility Relationships (QSFR) that reproduces protein heat capacity with empirical fitting parameters. At UNC Charlotte, Don has been focused on extending the DCM in developing the FAST software to provide a Flexibility And Stability Test for aqueous proteins while incorporating conformational dynamics. A perturbation/response method was developed in 2017 to characterize dynamic allostery using an effective elastic network extracted from molecular dynamics simulation. Don also developed non-parametric probability density estimators and machine learning methods for discriminating multivariate statistics specifically motivated to elucidate functional dynamics in proteins. Don leads the Molecular Engineering and Design subgroup within the Center for Biomedical Engineering and Sciences, and is the graduate program director for the Applied Physics MS program.