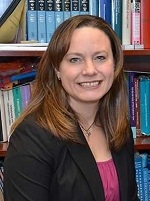 Other Scholars in Department of Engineering Technology and Construction Management

Dr. Cavalline is currently an Associate Professor in the Department of Engineering Technology and Construction Management at the University of North Carolina at Charlotte. Her research group focuses on concrete and cementitious materials research to support more durable concrete infrastructure. Since joining UNC Charlotte in 2006, Dr. Cavalline has led and/or been involved with 25 externally funded research projects totaling over $2.5 million. Engaged in research to support the North Carolina Department of Transportation (NCDOT) for approximately 10 years, her team has completed and active projects in the area of concrete pavements, concrete bridge decks, beneficial reuse and concrete recycling, and bridge management systems. Recently completed projects for NCDOT have included those focused on evaluating the durability of lightweight concrete bridge decks, determination of locally-calibrated M-EPDG inputs for concrete pavements, evaluation of internally cured concrete using North Carolina materials, and several projects to improve the state’s bridge management system. Ongoing projects for NCDOT include development of specifications for performance-engineered concrete mixtures for bridges and pavements and evaluation of corrosion policies for concrete bridges. She also recently served on the expert task group for FHWA’s Concrete Recycling initiative (PI-Iowa State University), developing several technology transfer documents and webinars to promote concrete recycling. Dr. Cavalline has performed petrographic analysis and testing on concrete airfield pavements to support the Pavement Management Program at Hartsfield-Jackson Atlanta International Airport since 2002. Her work in evaluating concrete condition and monitoring alkali-silica reactivity has assisted in pavement project programming for H-JAIA, which has been the most heavily trafficked airport in the world for over a decade. She has also completed several research projects for private sponsors, including a recent study on beneficial uses of high-carbon fly ashes in concrete for Duke Energy. Dr. Cavalline has served as a member and leader in the Transportation Research Board organization for over 15 years, serving as member of AFN20 (2001-present) and AFN 30 (2017-2020), and as Chair of AFN20 (2009-2015). She is currently serving as an At-Large member of AFN00 Design and Construction Group (2015-2021) and an At-Large member of AFN00 Concrete Section. Dr. Cavalline is serving on the technical panel for NCHRP 10-104, " 10-103, ASR “Improving Guidance of AASHTO R 80 / ASTM C1178 for Alkali-Silica Reactivity (ASR) Potential and Mitigation.” has served on the technical panel for Innovative Pavement Research Foundation (IPRF) Project No. FAA-01-G-002-04-6, “Lithium Admixtures and Early Age Properties of Production Concrete.” While at Penn State University, she was also a graduate research assistant on NCHRP 18-05, “Relationship of Portland Cement Characteristics to Concrete Durability” (PI – Dr. Della Roy). Dr. Cavalline is also active in ACI, serving on committees 201, 242, and 555 and on the board of directors for the ACI Carolinas Chapter. She has also been actively engaged in the International Concrete Repair Institute, serving on the Board of Directors of the Carolinas Chapter from 2009 to 2016, completing a term as President (2015) of the ICRI Carolinas Chapter.